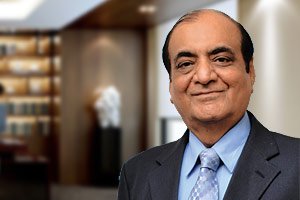 That we eat with our eyes is a cliché but it is true. The first experience of food is how it looks, followed by its aroma and finally the taste. Artistic plating of food stimulates the appetite of the diners. Presentation of food is, therefore, crucial for creating of expectation and an appetizing and memorable dining experience.

Enhancing the aesthetic appeal and visual appearance of a dish can elevate it to an entirely new level. The art of plating is a form of high art with the use of textures, colours, forms, balance and anything else culinary innovators can devise.Photos of dishes printed in cookbooks and magazine look so mouth-watering. That is the art and skill of food stylists.

For a chef cooking is not just a profession but an art, as well as a science, as the first impression of his preparations to diners is through the simple yet eye-appealing presentation of the dishes served to them.

Food presentation is an art crafted by artistic creativity and scientific experimentation.The plate is a blank canvas and the chef is free to showcase his masterpieces through plating. As in a painting, an emphasis is given to the portion size matching the size of the plate to avoid giving the plate a crowded look. A variety of colourful textures on the plate with the right arrangement of ingredients helps make the dish look more appealing. The crockery, as well as the garnish, plays an important part in the plating.

Like any art, plating requires creativity. As in any form of art, there is evolution with time. Today chefs across the world create their own style. A minimalist style of cooking, elaborate cutlery, mini portions, designer spray of sauces, fresh ingredients like salad leaves, sliced carrots and tomatoes, sprouts etc. for garnishing, all these add to the attractiveness of the dish.

The earliest instance of plating as an art comes from the century-old tradition of Kaiseki, referring to a set menu of select food served on an individual tray to each member of a gathering. Chefs selected their decorative plateware to ensure that each dish complemented the food to be served from it. To create a connection with Nature the decorations and the foods being served were changed according to the season. Icy plates were served in summer and warm dishes in winter.

Japanese culture had a major influence on today’s plating techniques and the way to understand this is to stress the contrast with what existed before it influenced Western cultures. Plateware and plating had a merely functional importance in the West. In the Middle Ages, serving meals basically involved ladling stews or porridge into hollowed-out ‘plates’ cut from loaves of old bread.

The 17th and 18th centuries marked a change in French cuisine, taking the first steps toward ‘haute cuisine.’ Antonin Carême, an amateur student of architecture and chef to distinguished figures such as Napoleon Bonaparte became famous as he presented his culinary creations using architectural concepts, building his dishes into shapes of famous monuments, waterfalls and pyramids.

The main impact of Carême came from his introduction of two conceptual innovations which would later combine with the Japanese tradition and elevate contemporary food presentation to new heights. The first new idea infused by Carême into food presentation was one of originality. Chefs, like architects, could select and compose food presentations according to their own individual inspiration and not according to pre-existing codes, as in the case of Kaiseki cuisine.

This breakaway from traditional codes was liberation for new forms of plating and continues even today. The second more important idea credited to Carêmewas that plating could be arbitrary. The presentation of a dish no longer needed to be linked to the ingredients that were used in its making, to be shaped like an animal or refer to the season. It could refer to other arts, and invent its own aesthetic forms. With these two ideas, the art of food presentation became autonomous. It also became a means by which a chef could impress his guests.

The progressive introduction, during the course of the 19th century of the ‘service à la Russe’ meant that foods would come one after another in individual servings, and that guests were no longer in charge of serving themselves what they wanted, what was better known as the ‘service à la Française,’ an earlier version of what is known today as the 'buffet'.

Escoffier wrote in the 1907 preface of his Guide Culinaire, considered to be the bible of cuisine that, “the clients, requiring to be served quickly, give us no alternative but satisfying them, or losing them.” The solution offered by Escoffier was to rationalize preparations in the kitchen which led to the separation of the cooking brigade from the plating brigade.

‘Nouvelle cuisine’ brought the Japanese influence on French chefs trained to revere Carême and Escoffier, resulting in a transformation of the culinary landscape. Early in the 20th century, Fernand Point introduced elements which later became hallmarks of nouvelle cuisine. The elements included seasonal ingredients with a focus on natural flavours and simplicity as well as elegance on the plate. Point’s style was consolidated by hisprotégé, Paul Bocuse, whose neat and detailed presentation of food provided some of the most iconic images of the increasingly popular nouvelle cuisine movement in the 1960s and 1970s.

In Western cuisine, the scientific knowledge of molecular gastronomy is today used to attract the appetite and attention of diners. Molecular cuisine is a set of technologies and ingredients used to produce a new style of high-end dining presentation. Technologies from chemical laboratories and texture agents from the food industry are used to alter the visual appearance of preparations in novel ways.Foams and froths, aroma-filled domes, dry ice fumes, usage of micro greens instead of herbs, deconstructs, serving shooters in test tubes and accompanying sauces in pipettes are some other innovative methods.

Continental, European and Japanese cuisines lend themselves to artistic interpretation in the hands of creative chefs. A progression on the four other major plating styles, that is, the classical, nouvelle, new American/fusion, and global, is the current style of ‘plate frame,’a trend toward a more product-oriented approach, with a respect for the nature of the ingredients and a tendency for the tableside service to become much more theatrical in nature.

In the plate frame style the visual presentation of a dish is as unique as the food itself instead of being the chef’s standard signature and reproducible from plate to plate. Specifically, plating and presentation are used to emphasize not just the chef’s culinary artistry, but the uniqueness of the experience that is being performed in front of the diner. The plate frame forms one of the multisensory keys that the chefs and staff can use a new form of the performance arts, the staging and orchestrating of culinary experiences.

Indian regional cuisine is generally plated in the traditional manner by serving a variety of dishes in individual katorisin a thali with rice and breads alongside.Royalty, in recognition of their standing, used to be served grand feasts daily in ornamental gold or silver thalis.Presently chefs are bringing back the custom by serving guests at wedding banquets in glittering thaliswith their sumptuous preparations. Chefs should introduce Western techniques by innovative use oftextures, colours, forms, balance and garnishing while plating the traditional thali.

I suggest that chefs ensure that the food is served at the required temperature. The food, to create an impact on the diner,apart from the desired flavour and taste,should be servedat the right temperature. If the sizzlers get to the table at room temperaturethe diner’s temper is bound to rise. For dishes or desserts to be served cold chilling the bowls in advance in the freezerwould give a wider window during plating and retainthe textures and refreshing flavours by the time the guest starts eating.

Art or science, there are some ground rules that the chef needs to follow.The first is to keep the plating simple. Highlight the key Ingredient and use space to simplify its presentation. Clutter distracts from the main elements of the dish and could confuse diners.

Balancing the dish means playing with colours, shapes and textures. The presentation should not overpower the flavour and function. The right amount of ingredients, the plate harmonizing with the dish, the right proportion of proteins, carbohydrates and vegetables for a nutritionally balanced meal, these are all part of the balancing act.

Garnishes serves as an accent to perk up or highlight the colour of the main dish. Accents can be created in the form of dots on the side of the plate or as a character on one side of the plate. When applying a sauce, spoon it under the meat instead of on top as this allows the meat’s crust to remain crisp. The garnish should be edible and must enhance the flavour of the main dish,so use of flowers, lemon twists or raw herbs is ruled out.Garnishing should be applied quickly to ensure that the food arrives at the table at the right temperature.

Beautifully plated desserts, with their hi-visibility impact,excite the senses, giving an anticipatory sense of the tasty pleasures and providing an ideal finale to a sumptuous meal. There are four components of a plated dessert,the main item, the dessert sauces, the crunch component, and the garnish. A plated dessert should have all these items besides the additional flavour, form and colour, texture and temperature, garnishes, and the vessel in which it is served. 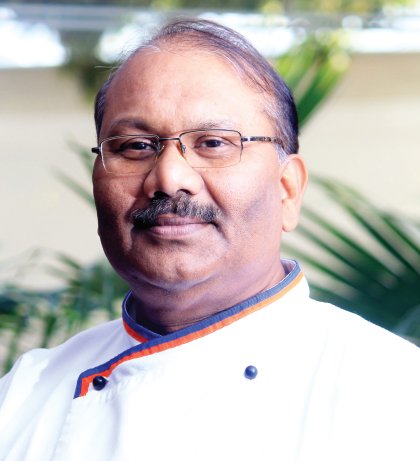 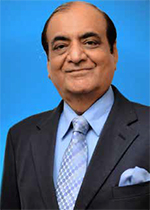 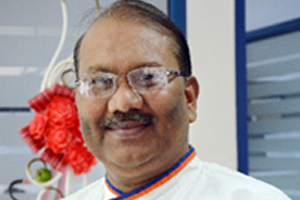