Sound is the forgotten flavour sense.

You can tell a lot about the texture of a food—think crispy, crunchy, and crackly—from the mastication sounds heard while biting and chewing. The latest techniques from the field of cognitive neuroscience are revolutionizing our understanding of just how important what we hear is to our experience and enjoyment of food and drink. A growing body of research now shows that by synchronizing eating sounds with the act of consumption, one can change a person’s experience of what they think that they are eating.

Try eating a crisp (or potato chip) without making a noise. It is, quite simply, impossible! Do you, for example, think that your experience of eating a crispy, crunchy, or crackly food differs as a function of whether you find yourself at a noisy party, or while listening to loud white noise.

What we hear when we bite into a food or take a sip of a drink—be it the crunch of the crisp or the fizz of the carbonation in the glass—plays an important role in our multi sensory perception of flavour, not to mention in our enjoyment of the overall multi sensory experience of eating or drinking. What we hear can help us to identify the textural properties of what we, or for that matter anyone else, happens to be eating: How crispy, crunchy, or crackly a food is or even how carbonated the cola. Importantly, sound plays a crucial role in determining how much we like the experience. Indeed, it turns out that crispness and pleasantness are highly correlated when it comes to our rating of foods.

I have certainly noticed a number of my colleagues tentatively including sound as one of the senses that can impact on the experience of food and drink. For instance, it is believed that crispyness is a flavour quality. A number of chefs now acknowledge the fact that the sound of consumption is an important factor affecting the consumers’ experience of food and drink. A growing number of chefs are now considering how to make their dishes more sonically interesting, using everything from a sprinkling of popping candy.

Note that if each of the five senses were given equal weighting, then you would expect to see a figure closer to 20%. One could all too easily come to have the impression that what we hear simply does not play any significant role in our experience of food and drink.

Indeed, the downplaying of sound’s influence would appear to be widespread amongst both food professionals and the general public alike.  For instance, when 140 scientists working inthe field of food research were questioned, they rated ‘sound’ as the least important attribute contributing to the flavour of food, coming in well behind taste, smell, temperature, texture appearance, and colour (see Table 1). Furthermore, sound also came in as the least essential and most changeable sense where flavour was concerned. I believe that these experts are all fundamentally underestimating the importance of sound.

The results of another study shows that similar opinions are also held by regular consumers as well. Eighty people without any special training or expertise in the food or beverage sector were asked to evaluate the relative importance of each of the senses to a wide range of products (N = 45),including various food and drink items. Interestingly, regardless of the product category, audition was rated as the least important of the senses (see Table). Perhaps it should come as no surprise, then, to find that auditory cues also fail to make it into the International Standards Organization definition of flavor. Indeed, according to their definition, flavour is a ‘Complex combination of the olfactory, gustatory and trigeminal sensations perceived during tasting. The flavour may be influenced by tactile, thermal, painful and/or kinaesthetic effects’.

The results (mean ratings are shown) of a study in which 80 participants were asked‘How important is it to you how a [product] feels/smells/sounds/looks/tastes?’on a 5-point category scale (1 = very unimportant, 2 = unimportant, 3 = not important/not unimportant, 4 = important, and 5 = very important). One thing to bear in mind here though is that there is actually quite some disagreement in the field as to how ‘flavour’ should be defined. While some researchers would prefer that the term be restricted to gustation, retronasal olfaction, and possibly also trigeminal inputs, others have suggested that the senses of hearing and vision should also be incorporated.

The traditional view (that sound has little role to play in our flavour experiences) contrasts with the position adopted by a number of contemporary modernist chefs such as Heston Blumenthal who, for one, is convinced that you need to engage all of a diner’s senses if you want to create truly memorable dishes. Just take the following quote from the cover sheet of the tasting menu at The Fat Duck restaurant in Bray: ‘Eating is the only thing we do that involves all the senses. I don’t think that we realize just how much influence the sensesactually have on the way that we process information from mouth to brain’. Ferran Adrià seems to have been taking a similar line when he said that ‘Cooking is the most multi sensual art. I try to stimulate all the senses’.

The crucial point to bear in mind here is that it turns out that most people are typically unaware of the impact that what they hear has on how they perceive and respond to food and drink. Indeed, the decades of research from experimental psychologists have shown that the kinds of responses one gets from direct questioning rarely provide particularly good insights into the true drivers of people’s behaviour especially when one is looking at the interaction between the senses that gives rise to multi sensory perception.

Why think that what we hear is so much more important than we intuitively believe?

While you might imagine that crispness is strictly a tactile attribute of food and, hence, that results provide evidence for the importance of oral-somato sensation to our experience of food, the fact of the matter is that auditory cues play a key role in the delivery of this sensation. Many chefs also appear to have texture top of mind:Just take three of the sensations that spring into the mind of the North American chef, Zakary Pelaccio, while eating: crispy (nicely fried chickens kin), fresh and crispy (raw veggies and herbs), and crunchy (corn nuts).

Dr. Graham Clayton, the lead researcher on the project, stated that ‘We often think it’s the taste and smell of bacon that consumers find most attractive. But our research proves that texture and the crunching sound is just – if not more – important’

Another example of the unrecognized importance of sound comes from the following anecdote: Some years ago, researchers working on behalf of Unilever asked their brand-loyal consumers what they would change about the chocolate-covered Magnum ice cream(a product that first appeared on the shelves in Sweden back in 1989). A frequent complaint that came back concerned all of those bits of chocolate falling onto the floor and staining one’s clothes when biting into the ice cream. This feedback was promptly passed back to the product development team who set about trying to alter the formulation so as to make the chocolate coating adhere to the ice cream better. In so doing, the distinctive cracking sound of the chocolate coating was lost. And when the enhanced product offering was launched, consumers complained once again. It turned out that they did not like the new formulation either. The developers were confused. Had not they fixed the original problem that consumers had been complaining about.Nevertheless, people simply did not like the resulting product. Why not? Were consumers simply being fickle? In this case, the answer was no—though the story again highlights the dangers of relying on subjective report.

Subsequent analysis revealed that it was that distinctive cracking sound that consumers were missing. It turned out that this was a signature feature of the product experience even though the consumers (not to mention the market researchers)did not necessarily realize it. Ever since, Unilever has returned to the original formulation, thus ensuring a solid cracking sound every time one of their customers bites into one of their distinctive ice cream bars. In fact, once you realize just how important the sound is to the overall multi sensory experience, you start to understand why it is that the food marketers spend so much of their time trying to accentuate the crispy, crunchy, and crackly sounds in their advertisements.

Listen carefully enough and I think that you can often tell that the informative sounds of food consumption appear to have been sonically enhanced in many of the food ads seen on TV. The advertisement that specifically focused on the crack of the chips(Lays Max). The sound is so loud that it appears to crack the ceiling of the house.

Crispness is synonymous with freshness in many fruits and vegetables. Indeed, lettuce is the first food that comes to the mind of many North Americans when asked to name examples of crispy foods. Other foods that people often describe as especially crispy include tortilla chips and, perhaps unsurprisingly, crisps. The link with freshness is thought to be part of the evolutionary appeal of crisp and crunchy foods.

While most people—food scientists and regular consumers alike—intuitively downplay (disregard, even)the contribution of sound when thinking about the factors that influence their perception and enjoyment of food, several lines of evidence now hint at just how important what we hear really is to the experience of what we eat (and presumably also to what we drink).

A brief history of the study of the role of hearing in flavour perception. In recent years, many chefs, marketers, and global food companies have started to become increasingly interested in trying to perfect the sound that their foods make, both when we eat them, but also when we seethe model biting into our favourite brands on the screen. It is, after all, all part of the multi sensory flavour experience. In the future, my guess is that various technologies, some of which will be embedded in digital arte facts, will increasingly come to augment the natural sounds of our foods at the dining table. And that is not all. Given the growing ageing population, there may also be grounds for increasing the crunch in our food in order to make it more interesting (not to say enjoyable) for those who are starting to lose their ability to smell and taste food. 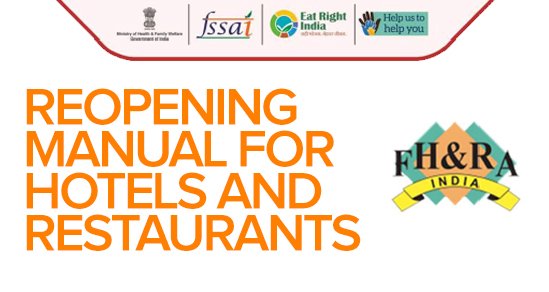 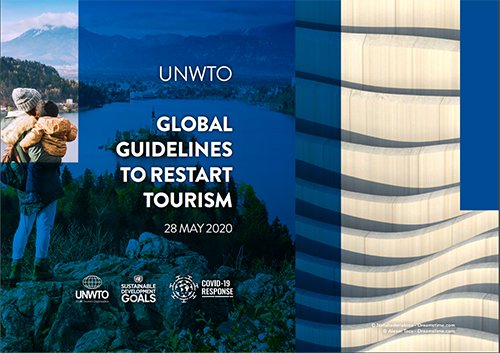 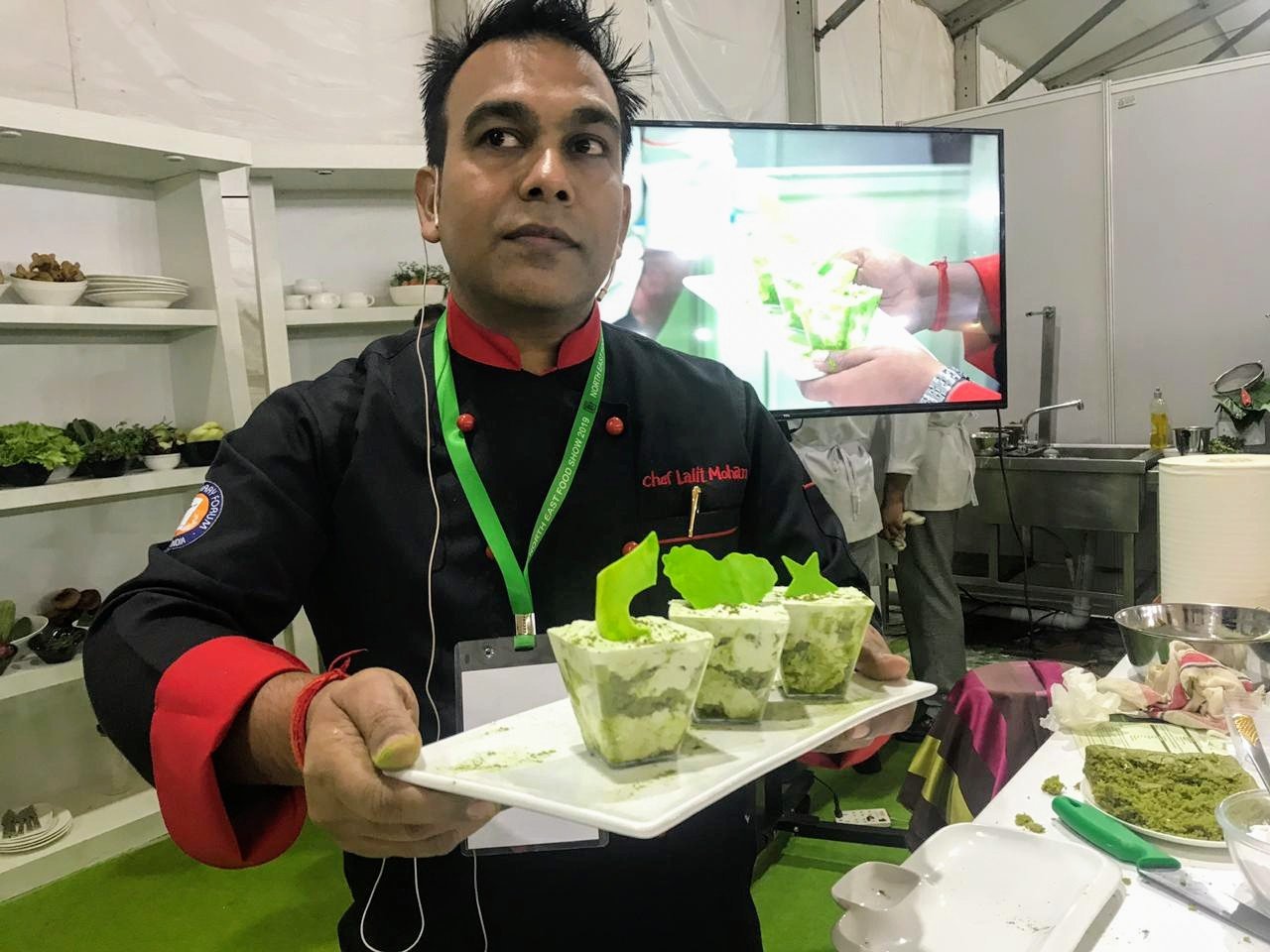 Being a chef , indeed it was the wonderful experience to visit the NEFS 2019

Need Of The Hour To Inculcate New Techniques